Maritime and Trade Experiences of the Muslims under Zamorins of Calicut (14th – 16th Centuries A.D.) 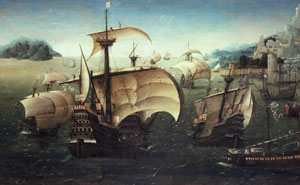 "Calicut owed its importance partly to the ability of its rulers, but mainly to the assistance they received from the Muhammedan (particularly the Arabs) traders that frequented it”.