Empowerment of women through the political participation: Role of State 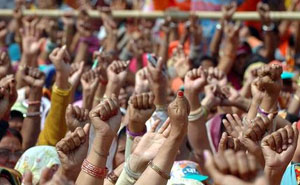 Women's Empowerment and Political Participation Empowerment has described by scholars in different situations with different meanings. In a broader sense, empowerment is the expansion of freedom of choice and action. Empowerment has multiple, interrelated and interdependent dimensions- economic, social, cultural and political. The word  'empowerment' has been widely used in relation to women, term like 'women's welfare', 'upliftment', 'development', 'reservation', etc these terms proceeded to mean and referred to empowerment (Singla 2007). In the context of development, empowerment is a process that takes place wherein an inequality moves towards becoming equality. Amartya Sen, characterises development as the process of removing various types of “unfreedoms’ that constrain individual choice and agency (Sen 1999).
The term empowerment cannot be understood separately from an understanding of power. As in the case of empowerment, there are perhaps as many definitions of power, as are understanding of the dynamics that take place between participants in an arena. What is central however is that power is a social relationship that involves people whether individually or, as groups (Ranadive, 2005). Power is dynamic and relative and is unequally distributed. When power is defined as control, control often confers decision making power. This power is decided is exercised in three basic ways, to make decisions, make others implement ones decision, and finally, influence others' decisions without any direct interventions (Singla , 2007).
Women’s participation in politics is closely related to their level of empowerment. The political awareness and involvement of women can be considered as a yardstick of their empowerment. Empowerment of women could address the issue and the process of empowerment moves through several stages, first participation then decision making, third action and the fourth the capability to take responsibility for those actions (Ranadive 2005).
Closely linked with the observations on the issues of women’s empowerment, it is asserted that in Indian context, empowering women is a herculean task, as social and cultural moorings have established strong roots in the belief system of people. As a result there has always been an uncommon disparity in the upbringing of women and men. It’s further established that the social construction mainly through socialization can be challenged and reconstructed through political activities, that too through political systems. Democracy provides enough space for such reconstruction through polity (Palanithurai, 2009).
Here the classification of Friedman (1992) on empowerment is relevant. Friedman classifies empowerment into three major groups, i.e. the social, political and psychological. Among this political empowerment is defined as, possibilities to participate in the political and public arena in the state and civil society, and to have the power to influence the developmental process including diverse interests of women.
Political participation is an equal democratic right for women does not mean that they have the possibilities in entering the political field, as do men. Mere representation of women in the political arena is a common issue in democratic states and decentralization which provides opportunity for women in political decision making process becomes increasingly important in this context. The exclusion of women from positions of political power is especially widely lamented and has emerged as a contentious political issue (Hust, 2005).
The 73rd constitutional amendment in India is considered as the greatest event in the contest women empowerment and a milestone in bringing women into decision-making roles in the rural political process. As for the impact of reservation for women, it is a step towards democratization at grassroots level and has helped about one million women to enter into the public life in all over India (Manavalan 2000).
In the political sphere, cultural, social, religious, as well as ethnic dimensions will definitely influence the totality of each and every individual. Reservation of seats in the local body institutions for women in all positions as per the provisions of 73rd and 74th Amendment to the constitution of India, no doubt, has created a change in the status of women in polity, economy and society. The entry into the local politics undoubtedly nurtures the relevant traits of leadership among women especially those who take part in the political activities through standing in the elections and active in the political campaigns. As mentioned earlier, political cultural, social, religious, as well as ethnic dimensions are vital in the totality of a person. Hence it is argued that the person whether he/she is local, regional or national should encompass the aspects in their approach. Mishra and Tripathi (2011) suggest that it is crucial to look beyond economic resources or material prosperity and should look into broadly cultural and social influences, which have a large role to play in shaping women’s autonomy and agency, which may not be necessarily related with women’s empowerment (Nripendra Kishore Mishra and Tulika Tripathi, 2011).
The present paper focused and attempted to analyze the role of state to make chance to enter the women in public sphere through political participation and to analyse its impact and ground reality. For this study the researcher selected the Malappuram districts and the universe of the study is Women Elected Representatives (WERs) of the Gram Panchayat in Malappuram district, Kerala. The researcher conducted interview the Present WERs (2010-2015) and Ex-WERs (2005-2010) also

Conclusion
Even though the study has found some impact of political participation on leadership role of women in Panchayats, it also highlights a few disturbing facts which questions the so called success story of women empowerment and decentralization in Kerala. The present study finds that rather than the celebrated ‘political consciousness’ of the state, it is the landmark constitutional provision that has provided an opportunity to women to enter into politics. This opening renders space to women in Panchayats to participate in the decision making processes in the local body along with male counterparts.
Even though male representatives have agreed women's role in politics, haven't expressed their whole hearted support. It is clear from the discussion that male members are keeping a double stand on the whole issue. Close reading of their statements apparently indicate the rooted patriarchy in the context and resulted reluctance in accepting women as individuals who have same potential.
As J. Devika noted, the involvement of women in politics is not just the expansion formal political spaces but strategic opportunities. This is particularly true with women in Muslim religion, who hardly received opportunities, to enter into the public sphere. In this context, the relevance of reservation is substantiated in the study and the finding underlines the vital role played by the constitutional amendment in providing an opportunity to women to enter into politics and becoming leaders. At the same time the fact apparently points out the patriarchal values exist in the context which should be reshaped. 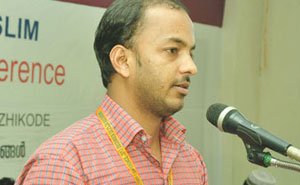